Among other Bitcoin mixers, ChipMixer stands out with amazing gamification features. It's fun to play with coins and add some adventures to your mixing operations. And, importantly, the gamification helps you add more unpredictability to your transactions which is always good for confidentiality when making payments in BTC. The tumbler enables you to use an unlimited number of receiving addresses.

What is the main benefit of ChipMixer?

This Bitcoin tumbler enables users to add up lots of unpredictability thanks to the concept of "chips". Just like in a casino, you can play with chips - you can merge, split and bet on your transactions. This is both fun and highly beneficial for the obfuscation of your operations on the blockchain.

In addition, the number of receiving addresses is unlimited and you can place the private keys to your wallet which effectively helps your transactions to "travel in time". We'll talk about all of these features below.

How does ChipMixer work?

Let's take a detailed look at how the Bitcoin mixer operates so that you know your way around the service whenever you decide to test it out.

Go to the site's main page and click the "Start Mixing" button.

Step 2. Save the session restore code

At the next page, you will be shown the code used to restore your session.

As the comment at the screenshot says, you need to make sure that you have saved the code securely. In case something goes wrong, only this code will enable you to restart the process and complete it successfully.

After that click the Continue button, shown at the screenshot below.

At the next page, you will be shown the two options.

The first option is to send the coins to the service. The minimum amount allowed at ChipMixer is 0.001 BTC. However, if you send a number of smaller amounts, they will clump together and the resulting amount will be recorded.

Below you can see how the rounding rules work at this tumbler.

And then the information is shown as to the number of confirmations needed to validate the transactions within the service. Any amounts less than 20 BTC only need 1 confirmation, while larger payments require 6 confirmations for validation.

Another function at this page is to redeem the vouchers. We are going to cover this feature later on in this guide. And now let's move on with the explanation.

Now, let's go up and click on the "Mix" button at the top of the page.

The new page will open where we will be able to perform a number of actions with the coins you've deposited to the tumbler.

There are 7 options that we can use in order to mix coins at ChipMixer.

First, you can split the coins into various-sized chips. In this way, you are able to perform the division into the distribution percentages as this function is known at other mixers.

Naturally, it makes sense to break the big inputs into completely unequal portions so that the blockchain analyst can't identify the potential routes for your money.

The opposite action would be to take a number of incoming transactions and mix them together into the single clump. This can be very useful when you have a large number of small-amount transactions coming your way and you need to accumulate them somehow and then mix.

In order to make sure that you don't go over the allowed limit at the tumbler, first check out the site's FAQ for the maximum amount.

Whenever you are merging a lot of chips, it makes sense to think how many receiving addresses you plan to use for your output transactions. By the way, we have prepared an in-depth Guide on Bitcoin Mixers so that you can grasp the basics and start mixing your coins today with ease. It’s important to know what you do here.

For instance, if you aren't ready to withdraw the full amount to your receiving address, you can leave a portion of it with the mixer, in the form of the voucher (we'll talk about the vouchers a bit later).

You can first input a big amount and then break it into the two. Now you can donate a smaller amount to the tumbler. Even though the tumbler enables you to decide yourself on the fees amount, the donation here is a kind of fee too.

This means that the unpredictable nature of your actions will make it easier to obfuscate your activities. Nobody can predict with certainty whether you will make a donation or not.

Now, there’s a certain type of the hidden fee at this tumbler. Whenever you split the chips, the resulting items always have the weird-looking values (such as 1.024). It's not such a good idea to pay out this amount to your wallet because it's a pretty unique value and the blockchain analyst will have an easy time figuring out that you used the ChipMixer tumbler reviewed here.

The service offers you to "commonize" the amount, in which case you will donate the weird amount of 0.024 and you'll end up with the round chip of 1 BTC.

At the same time, it’s the service itself that creates these weird-looking chips in the first place so you say that it’s somethin like the fees. All other mixers apply fees, but instead of mandating the fixed fees ChipMixer offers variety and unpredictability.

In contrast to many other mixers out there, ChipMixer offers the ability to send the amounts with the private keys.

First, you send the Bitcoins to the service.

Second, the service uses the reserves, accumulated from the payments by other users. The amounts you receive are associated with the respective private keys which were created when the funds were received from other users.

Third, you can import the respective private keys to your wallet. When you do that, the amount gets automatically deposited into your account. In this case, the time when the private keys were created always precedes the time when you sent the coins to ChipMixer.

Thus, we can say that the coins are "travelling in time". We've reviewed all of the major Bitcoin mixers out there and we've never seen such a function around.

At ChipMixer, the word "deposit" means "to create a voucher". A voucher is a special code which you can use in order to redeem the coins you've accumulated at the mixer.

In order to proceed with the voucher, you first need to deposit the chips on the table into the voucher.

Then, you would complete this mixing session.

And whenever you decide to redeem that voucher for BTC, you should initiate a new session and go to the page where you activate the voucher. Here’s the screenshot for that page.

Though it might not be a good idea to leave an excessively large amount of coins on the table, the voucher function might come in handy whenever you are dealing with a steady stream of smaller-sized transactions.

The last option among the mixing operations is to withdraw all the chips. In this case, the system will provide you with the private keys for all the chips. It might not be very convenient because you will need to import the generated keys into your wallet one by one.

Thus, it makes sense to first merge the chips into a single big chip and then withdraw that single “mothership” chip into your wallet.

When we talk about withdrawing and depositing to the voucher, we always mean that we are preparing those operations at Step 3 and the actual operations will be done at Step 4.

Click on the "Withdraw" button at the top and go to the next page. There, you will be able to see the operations that have been prepared for the withdrawal.

After you've completed the transactions, you can finish the mixing gig. To do that, click on the "Finish" button at the top.

When you click the "Destroy this session" button, this means that the system will destroy all the data about your operations on the platform including the voucher code and private keys. It's a good practice to use this function whenever you are done with the gig, but you should always review the previous pages on the service and make sure you completed all the transactions there.

Does mixing Bitcoins make any sense?

Many people believe that Bitcoin is anonymous. They are sure that nobody can track their transactions on the blockchain. They feel secure. And they aren't criminals or hackers, but ordinary folks who want to leverage the benefits the blockchain brings to the table.

However, Bitcoin is not anonymous but pseudonymous. This means that the wallets used within the system don't have to be registered or associated with your identity in any manner. But whenever you decide to withdraw cash to your bank account, the overall history of your transactions gets associated with your name.

Now, anybody can easily access the blockchain records and analyse your finances.

It's completely in the open for anybody to review. In this way, Bitcoin - and other cryptocurrencies - are much less confidential than paper cash or electronic money at your bank account.

This is where the Bitcoin mixers come in handy. They take in coins from some users and send out the coins from other users. This is how all mixers work.

ChipMixer is an exception to this rule. Here, the private keys associated with the funds previously deposited by another user get important into your wallet. Thus, it’s possible for you ro receive the coins which were deposited before your incoming transaction. In this way, your are “traveling in time” on the blockchain.

The blockchain analysis isn't capable of connecting these data points because there's no cause-and-effect sequence here.

ChipMixer stands apart from all other mixers out there thanks to its innovative approach to mixing. It's a mixture between a casino and a tumbler. Merging and splitting chips creates a high level of unpredictability significantly hampering any blockchain analysis attacks on your finances. Betting and donating them is a fun activity while you also make some money here! And the best thing about ChipMixer is that the private keys are imported right into your wallet. Since they are created long before you send the coins to the mixer, your coins effectively "travel in time". 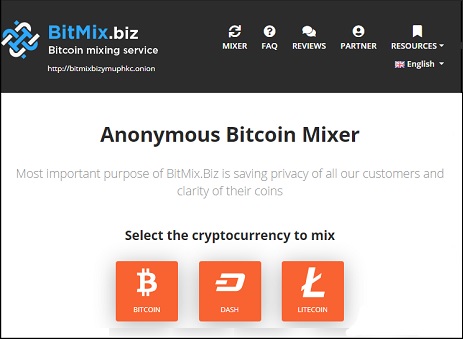 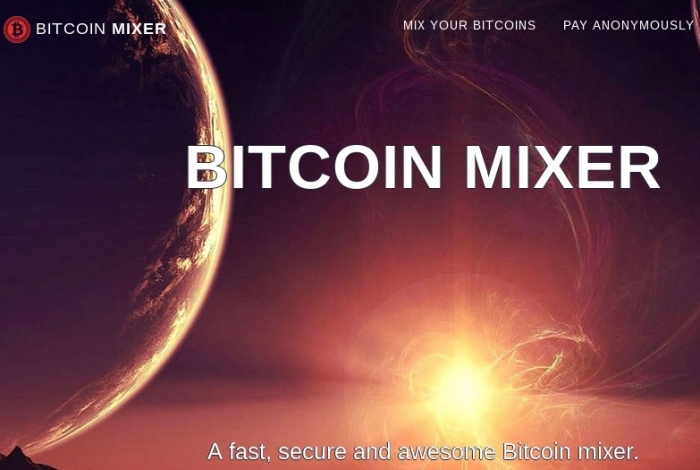 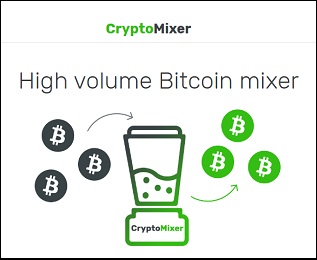 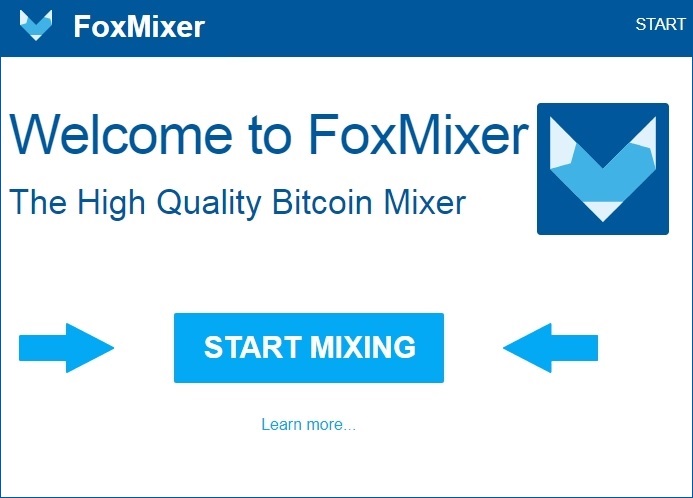 Your favorite bitcoin mixer?
All Votings